Anyone insisting that writing for a business is easy is either insane or a liar. Is it gratifying? In so many ways. But easy is the furthest term from my mind when I think back on the projects I’ve done. At the forefront of my memory, stubbornly refusing to abdicate it’s throne of prominence, is an article I wrote for a local imaging company.

It wasn’t so memorable because of poor cooperation; everyone was always cordial and eager to collaborate. Nor was it difficult to play up the product (an issue that everyone in advertising can surely relate to). The problem was that it was too remarkable. I initially couldn’t understand half of its capabilities.

I was ashamed to think that what I was writing about was almost completely over my head. The product was an aerial-based LiDAR scanner, utilizing high frequency lasers to map the ground beneath. It didn’t seem so bad, so far. After all, I consider myself to be pretty strong in the sciences. But this was to be published in a professional surveying magazine; I had to be specific about the fundamental technologies and advanced theories being demonstrated. I understood the premise of photons being used like radio waves in RADAR (hence LiDAR). Discussing the intricacies of full waveform photon analysis, however, demolished any of my rudimentary comprehension.

If the project was to be successful, I needed to learn much- and fast. Time was weighing down on me as if I had swallowed an anchor. I dove into professional articles, treatises, (even oddly specific “for Dummies” books) all so I could be prepared to deliver a professional, analytical advertisement. The more I read the more the technology fascinated me. With that desire to learn, my article became all the better.

We weren’t expecting much from the piece initially. Even with my voracious appetite for knowing and the assistance of a resident expert to co-author it, we expected the usual response from a printed advertisement: none. Imagine our surprise when we received a call from a prospective patron asking for a quote. He informed us that his intrigue originated from the “highly knowledgeable content” of the recent print article. It was the highest compliment I have ever received. More calls came buzzing in during the next few weeks and to say I was ecstatic is an understatement.

The experience highlights a hardly-mentioned source of gratification in marketing. While the money is nice, the opportunity to become proficient at something entirely new is utterly priceless.

Written by Joshua for themarketinglizard.com

How My Experience With a Marketing Project Taught Me Something New
TheLizard March 3, 2020October 7, 2020 Marketing Tips No Comments

10 Ways to Improve Your Marketing Presentation 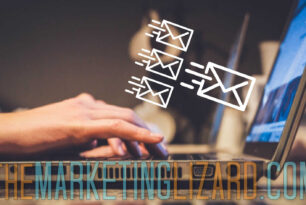